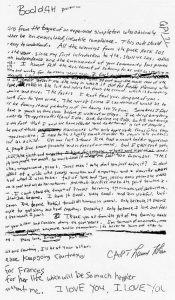 For the full interview,

Today, 25 years ago, Nirvana’s ‘In Utero’ entered the US chart at No.1. Kurt Cobain originally wanted to call the album ‘I Hate Myself and I Want to Die’. In Utero is the third and final studio album by the American rock band. Cobain’s main goal for this album was to bring the band back to their punk rock roots. The band’s millions of new fans may have appreciated ‘Nevermind’, but Cobain has been quoted saying it sounded commercial and “candy-ass”. He then decided to recruit esteemed engineer Steve Albini (who had recorded Pixies, the Breeders and the Jesus Lizard) to create the album in the woods of rural Minnesota, which according to Cobain, had much more in common with their debut album ‘Bleach’.

Today marks the 24th anniversary of the Nirvana frontman, Kurt Cobain’s, death. After his nearly fatal drug overdose in Rome, the grunge artist’ body was discovered a month later in his Seatle home on April 8, 1994. Investigators stated to the public that the 27-year-old had died of a self-inflicted gunshot wound, three days prior. The surviving members of the band paid tribute on social media this morning simply tweeting “Dear Kurt – We miss you.”

On his 14th birthday, his uncle made him choose between either a bike or a used guitar. He chose the guitar and soon started to copy Led Zeppelin’s power ballad, “Stairway to Heaven”, Queen’s “Another One Bites the Dust” and The Cars’ “My Best Friend’s Girl” before he began working on his own songs. He formed the band Nirvana with Aaron Burckhard and Krist Novoselic in 1987 and released their debut album, “Bleach”, in 1989. They established a massive part of the Seattle music scene which soon became known as grunge.

Although alive for less than half of the decade, Kurt Cobain certainly was one of the most significant icons of the Nineties.

With any cultural icon there are many documentaries, and with those who are no longer with us they are all second hand accounts of what happened. In their effort to reveal they ironically add to the mystique.  Fans will never truly understand their favorite musical heroes, the public is only given a portion of what makes up these icons and in most tragic cases documentaries and biopics tend to only focus on the more sensational aspects of their life.

‘Montage Of Heck’ still falls victim to these traps but it does have one ace up it’s sleeve, this is the first documentary about Kurt Cobain to have involvement from the Cobain family. His daughter had a hand in producing the film. The documentary brilliantly, and literally, illustrates a young Cobain’s troubled and alienated childhood with anime-like animations beautifully narrated by Cobain’s own personal journal entries from the time. All the pre-Nirvana footage and clips do a great job setting the state of mind of this iconic musician, and as the documentary proceeds the viewer sees how Kurt was not able to shake this mind state even with stardom.

Drug use and depression are apparent in the film, even the root causes of them are, but one aspect that is absent is really his passion for creativity- his true genius. Only glimpses are given, a short animation of Kurt working solo in a dark room on various musical projects is briefly. All and all the film is very will done and does open some of the closed doors to what it’s like being at the top of the world as a musician who’s hangups are very well still present. It does tend to keep a keen eye only on the sensational and unfortunately manages to keep the other many doors to Kurt’s personality shut from viewers.

Myriad Muzik is a music community here to bring all genres and eras of music together. Quality art has no division or expiration date and we work constantly to connect fans and creators together who … END_OF_DOCUMENT_TOKEN_TO_BE_REPLACED